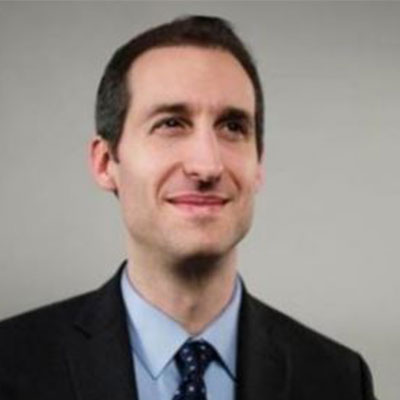 Born in the Pacific Northwest, James M. McClintick received his Bachelor of Arts in French literature, with honors, from Whitman College in 1996. James then continued his study of literature at the University of Chicago, where he earned a Master of Arts degree in 1997 and received accolades for his outstanding academic performance.

After spending a year teaching English in China, James returned to Chicago and worked as an editor in the publishing industry. He also volunteered his time helping Vietnamese refugees to sharpen their civics knowledge and prepare for their U.S. citizenship examination. During this two-year period, James deepened his understanding of the social and economic challenges faced by immigrant communities and gained firsthand insight into the ways in which their civil liberties are uniquely vulnerable to violation.

After nearly ten years of lawyering in a firm environment, James decided that the time had come to put his legal knowledge and client advocacy skills to use as a self-employed attorney with his own, full-service practice. James currently offers all manner of immigration-related services, including EB-5 (immigrant investor) visas, traditional employment-based visas, family-based visas, and removal (deportation) defense. James also advises start-up businesses on a broad range of matters relating to their formation
and successful operation, including contract formation, drafting, and analysis. Finally, James offers dispute resolution assistance, up to and including litigation, for select matters involving business and/or contractual disputes.

Over the course of his legal career, James has represented clients in arbitration, various state courts throughout Illinois, the U.S. District Court for the Northern District of Illinois, and the Executive Office for Immigration Review (immigration court). In each of these venues and in everything he does for his clients, James places a premium on integrity, thoroughness, and unwavering commitment to achieving the best possible solution to the matter at hand. James also prides himself on his accessibility and promptness in responding to his clients’ concerns. These traits, combined with his analytical yet forceful approach to handling each and every case that he takes, have earned him praise from clients and adversaries alike. James is licensed to practice law in the state of Illinois and the U.S. District Court for the Northern District of Illinois. He is also licensed in the District of Columbia (currently inactive). James is currently a member in good standing of the American Bar Association and the American Immigration Lawyers Association.

In addition to his legal work, James has traveled extensively and is a lecturer and author, having spoken and/or published articles on such topics as academic freedom, infrastructure spending, gun control, and the Trump administration’s executive orders as they aßect immigration law. His views on these and other matters have been quoted in the Global Times, the American University Journal of Gender, Social Policy & the Law; the Hamline Law Review; the Asia Pacific Daily; and the Xinhua News Agency, among other publications and platforms.