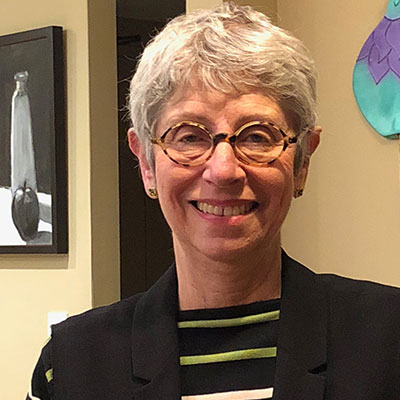 Penny Pollack started her career with Chicago magazine in 1987, and was named dining editor in 1994. Under her direction, the dining department produced “Through Thick and Thin,” the magazine’s July 1998 cover story on pizza, which was nominated for a James Beard Foundation Award in the magazine restaurant Review or Critique category and won a gold from the City and Regional Magazine Association in the Special Interest category.

Pollack collaborated with her Chicago magazine colleague, Jeff Ruby, on a book called Everybody Loves Pizza (Emmis Publications). The book came out in October 2005.

Pollack retired her position with Chicago Otober 2017, and in May 2018 launched DINING OUT LOUD podcast with acclaimed food critic Michael Nagrant. In each episode, Penny and Mike rate and debate their recent restaurant adventures—think of it as a culinary version of AT THE MOVIES WITH SISKEL AND EBERT with behind-the-scenes out-takes.

An avid traveler, Pollack’s own food interests range much farther afield, and she has explored many of the cuisines of Western and Central Europe, the Middle East, the Far East, Costa Rica, and the Caribbean. Pollack is often quoted in national media stories on local culinary topics. The Chicago native has been a guest on all major talk radio programs in Chicago, and has had lengthy runs as a guest critic for WGN-AM and WLS-AM radio and CBS 2–Chicago television.