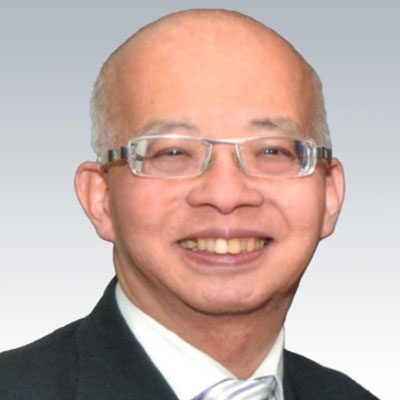 Mr. Sam Ma has been a “best-kept secret” in Chinatown for many years.  A soft-spoken gentleman whose deeds in the community speak volumes.  He has never asked for public recognition, media attention or VIP treatment.  He has always been content to be quietly effective working tirelessly and graciously on behalf of others.

Sam made his mark in local business community in 1993 through his service with the Chicago Chinatown Chamber of Commerce.  As vice president and then president of the Chamber, he organized the Annual Moon Festival. A few years later in 1999, Sam’s community service took a giant step beyond Chinatown when he joined Mayor Daley’s Budget Committee, City of Chicago.  Typically, one of Sam’s pet projects on behalf of the committee was to provide funds that could help ensure healthy economic growth in the City of Chicago neighborhoods.

Although Sam Ma’s passion for community service has always been strongest in Chinatown and our city, his boundless compassion was nationally celebrated when he accepted a recognition award from the American Red Cross.  Sam led the Chinese Consolidated Benevolent Association fundraising effort that raised $35,000 to aid the families of 9/11 victims in New York City in 2001.  Sam led the America Asia Amity Association – Chicago Chapter, raising over $40,000 to aid the families of the Tsumami in 2004, and coordinated the Children Memorial Hospital Holiday Heroes Fund Raising for Holiday Gifts for Cystic Fibrosis Disease & Cancer Patients with Congressman Danny K. Davis’ Office in 2007. Sam also assisted the 5/12/08 Sze Chuan Earth Quake Relief Fund Raising Committee in the Chinese community along with several organizations which raised over $380,000.00 to aid the rebuilding of Sze Chuan Province, China.

Always strongly committed to his neighborhood and neighbors, Sam worked with U.S. Representative Danny Davis on immigration issues with other local leaders on voter education and registration.   In the spring of 2002, coordinated the Asian American Heritage Month events, and coordinated Temple Street Market Festivals since the summer of 2006 then Chinatown Festival in the Chinatown Square to promote Asian and Chinese culture in the city.

In October – 2004, Sam Ma received the Distinguished Chinese Community Service Award from the XinLin Association, Certificate of Outstanding Service from The Filipino American Center for Seniors in April – 2005, Hall of Fame Award in Business from the Asian American Hall of Fame, U.S.A. in July – 2005, Outstanding Community Service Award by Congressman Danny K. Davis in September – 2007, House Resolution No. 1262 by the State of Illinois, House of Representatives – May, 2016, Entrepreneur of the Year by Congressman Danny Davis in October, 2016 and Exemplary Community Service Award by Asian American Coalition of Chicago in May, 2017.   In recognition of his longstanding commitment and volunteerism, Sam has been serving on the Asian Advisory Council for Illinois Secretary of State Jesse White since 2003.   Sam was appointed by the Central Government of People’s Republic of China as the State Council of Overseas Commissioner in Chicago in July -2009. In 2012, Sam Ma was elected in the 25th Ward as an Illinois OBAMA Delegate to the Democratic National Convention representing Chicago, Illinois. A Member of President Obama’s Presidential Partners by The Democratic National Committee in 2014, Chair for Secretary of State Asian American Advisory Council 2013/2014, 2018/2019. In 2015 Mayor Rahm Emanuel appointed Sam to the Small Business Advisory Committee in order to continue having his good consul and business experience. Liaison of Consular Protection for the Consulate of the People of Republic of China in Chicago 2017/2019.  Member of Congressman Danny Davis’ Multi Ethnic Advisory Task Force.  Honorary Cook County Deputy Treasurer by Cook County Treasurer Maria Pappas in December, 2018.